The otter glided through the water. It was hypnotizing to watch, so graceful and sleek – like a furry fish zigzagging though the currents. He then playfully flipped onto his back, scooting his body around the moat.

The goats anxiously stood against the fence. Their golden eyes watch every move; twisting the vending machine knob, lifting the metal stopper, and letting the feed flow into your palm. The goats’ tongues licked the space between their noses and the handful of food vying for the taste, stretching over the fence. Soon they were chomping down mouthfuls of kibble-like kernels.

Across from the barn were the swans wading water below the observation deck waiting for food.  As soon as it hit the water their long necks would contort, twisting and turning – like a white shoe lace being tied. As they pecked at the feed orange fish bubbled to the surface around the webbed feet, joining the feast. 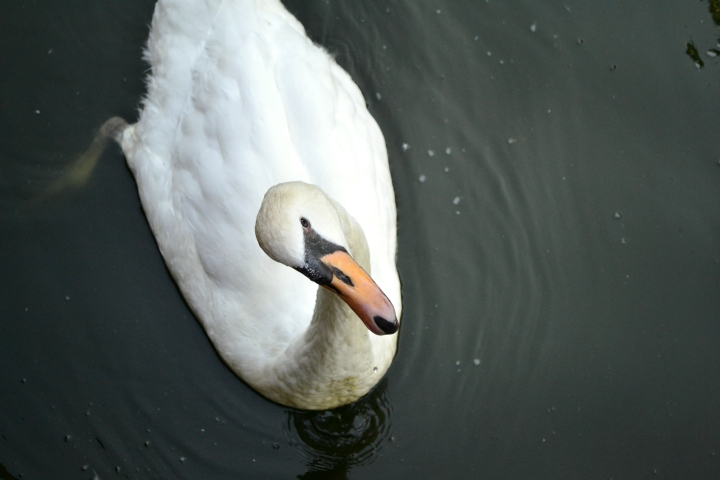 Lastly were the kangaroos. People stood watching them dig and nestle in the cool divots in the dirt. 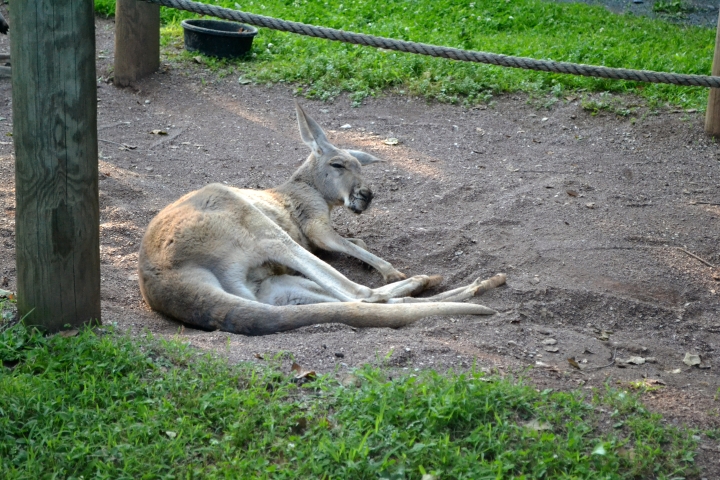 The music then started and the kangaroo’s ears perk up. It was time to find our place on the lawn for Zoo in Paradise!

Zoo in Paradise is an annual fundraiser held by the Lehigh Valley Zoo presented by Rothrock. The event is a 21+ concert with The Jimmy Buffett Tribute Band, Parrotbeach. The doors opened about an hour prior to the band’s start to allow for time for guests to lay out their blankets or chairs, grab a margarita, and mosey through the grounds – which are stunning!

Upon entering the venue, you were handed a Hawaiian lei and greeted by zoo keepers. One zoo keeper had a very interesting accessory – initially what was thought to be a large fanny pack ended up being a sloth casually hanging from her waist! Since they are nocturnal, he sleepily smiled to patrons.

If you came to the concert unadorned with ‘paradise’ attire, the zoo had kiosks offering hula skirts, coconut bras, and zoo-themed merchandise. The zoo also sold an array of food and drinks – margaritas and beer! In the VIP section they also offered up Cheeburger Cheeburger complete with a burger-boy dancing about with a shark! Those guys worked those costumes with no sign of fatigue on this hot summer night.

There were quite a few perks to this fundraiser: One, of course, being that it is helping out the zoo. Second, if you pre-purchased your tickets – you got admission to the zoo and a concert for $10.00! The general admission cost for an adult is usually $13.00, therefore you saved $3.00 and in addition got a musical performance! Lastly, it is an after-hours event with a 21+ crowd which allows for adult beverages, humorous jokes in between songs, and the experience of having a few drinks at a ZOO CONCERT – the idea is just so novel! 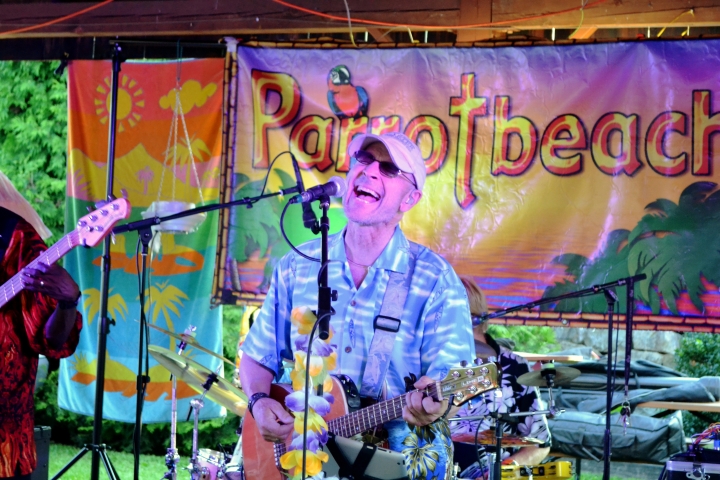 Make sure to check this event out next year – jam out to Parrotbeach and get lost in a sea of beach balls. And if you can’t wait until then, head to the zoo for other events they are hosting this summer which can be found here! 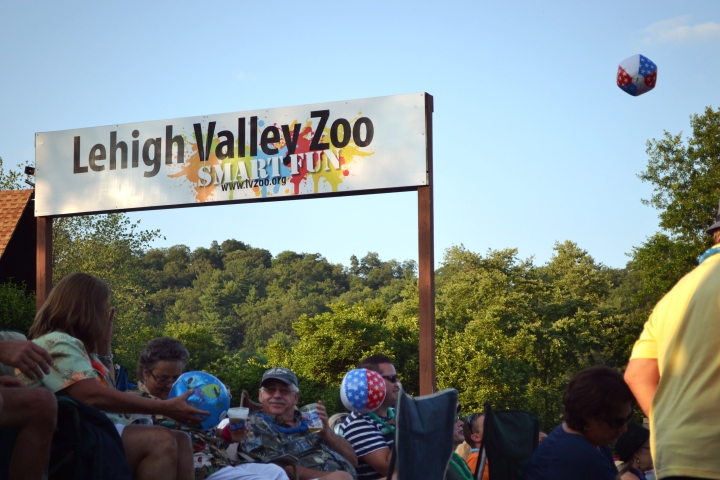